Back to all case studies

To read the whole document, please

The Cortijo Carbonerillos is a farm with family tradition located in the heart of Sierra Sur, in the municipality of Valdepeñas de Jaén. Two brothers, owners of the family property, married two sisters and when they created their families, they decided to acquire little by little all the exploitation, buying it by a great economic effort.
In 2000 they saw a business opportunity because goat’s milk had a good price, so they expanded the number of heads of cattle and built a larger warehouse. In 2013 the dairy was set up.
They manage the farm, take care of the animals, the milking and the distribution of the products all over the province of Jaén and they are in charge of all the process of elaboration of the cheeses which is totally handmade. Their products are fresh cheese, hard cheese, semi hard cheese and cottage cheese. 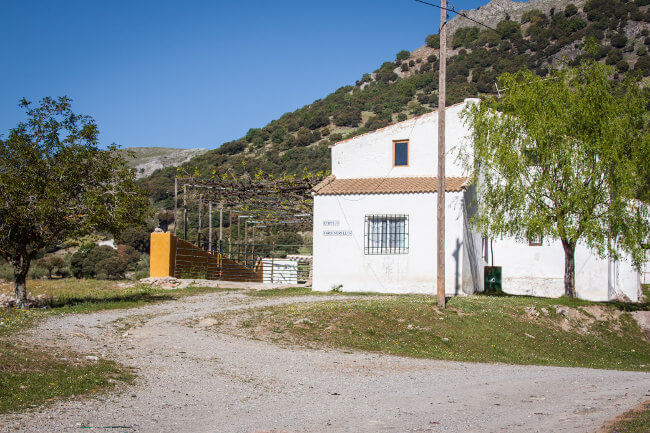 Her husband and her brother-in-law had always been farmers, as had their parents, grandparents, etc. Maria and her sister Juani married them and since they were already two families that depended on cattle raising, they decided to expand the business in the year 2000. They built a large warehouse and expanded the number of cattle. At that time, they saw a business opportunity because the milk had a good price. Part of the farm was theirs but the rest belonged to other family members. Gradually they acquired the whole farm and since 2017 it is their property.
In 2004 the price of milk started to drop and it cost more to produce cheese than what you were paid for a litre of milk. They also had loans and too many expenses so they were thinking of leaving everything. But then the sister of Maria attended a training course of artisan cheese maker organised by employment service and thanks to this they saw a way out, even if they had to invest even more money.
They had to buy more machinery in order to comply with all the sanitary registers and thus produce cheese with all the sanitary guarantees. 2013 was when the limited company (Cortijo Carbnerillos S.L.) was built and the cheese factory opened.
They produce goat cheese (fresh, hard, semi hard and cottage cheese). Maria estimates that in 2019 the volume of milk processed was approximately 44.500 litres.

“Don’t focus on subsidies. Apply for and take advantage of all the grants that come out but don’t depend on that money because if you don’t get it, there could be problems”.

“If you are patient, you have vocation and illusion you will succeed. The effort to perform the most difficult tasks makes you value it even more.” 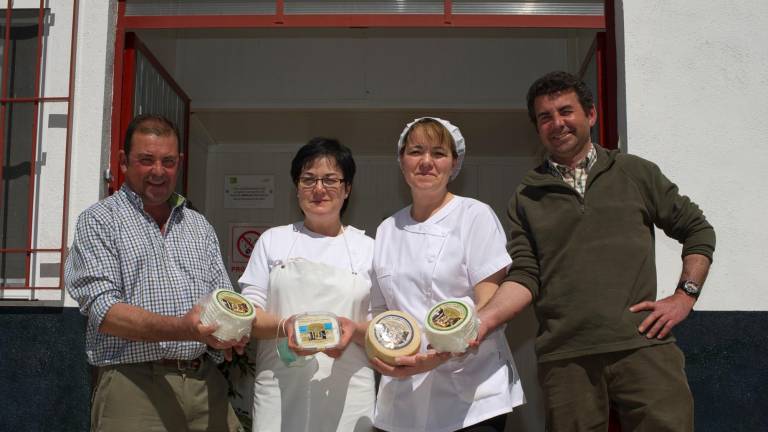 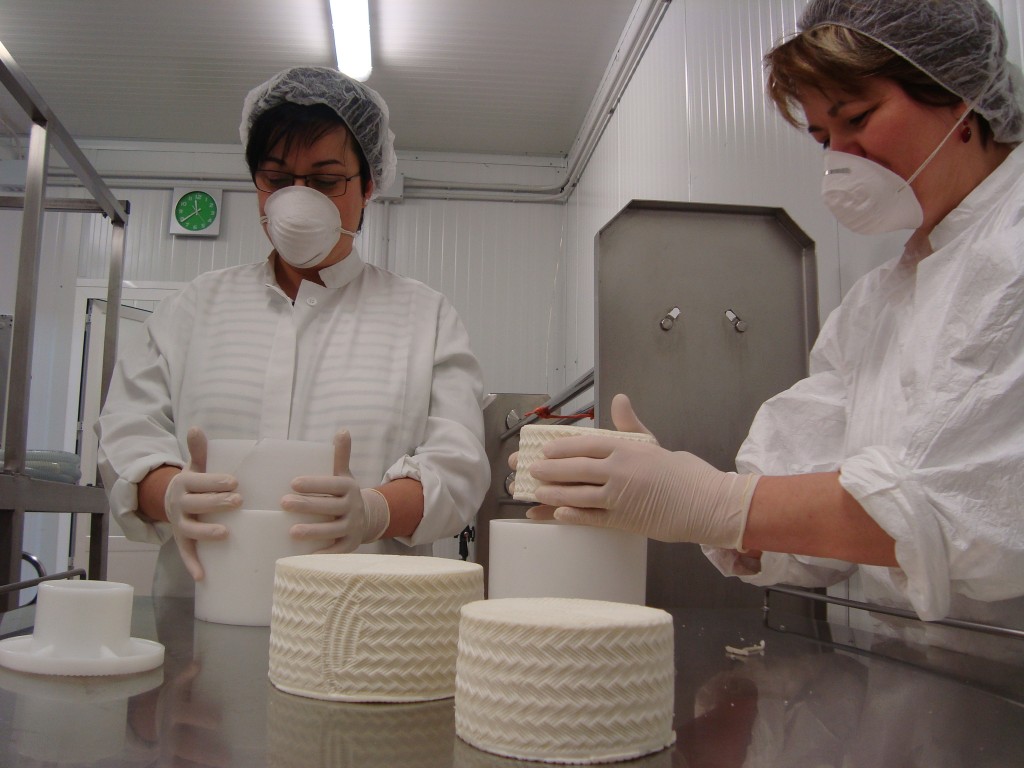 They organize and carry out a complete visit with a tasting of their products if any group of people, schools, associations, etc., is interested in knowing their facilities, cheese making process, etc. This activity is free, they only do it to show their work, that is why they do not reflect this service on their website. Interested people, simply have to let them know in advance. These visits began shortly after opening the cheese factory.
As a more innovative product, since 2019 they started making cheese from raw milk. The lactose-free cheese that is currently in demand would not be profitable to make because it would entail an additional cost, since they would need to certify the cheese, make a technical file, a sampling plan, etc. The cheese that they sell most is soft cheese, which is more profitable because it is extracted one morning and after two days it is already on sale. The semi hard and hard cheeses, since they need months of curing, represent a more uncertain investment; they have them made and kept in cold storage, but they do not know when they will sell them.

It took one year for this family to obtain the health registration since they started collecting the required documentation.
An opening licence (involving public bodies from Health, Industry and Agriculture areas) is required to set up the dairy.
Once they bought the machinery and had the facilities ready, they received inspections that forced them to make modifications. They opened in 2013 and have received numerous inspections. They were not up to date on these issues, they had to learn through courses, advice and their own experience.

They have no intermediaries. They could rely on other persons for distributing their product, but they cannot afford it.
In the beginning the two men worked with the cattle on the farm, but when they started the cheese factory, 4 days a week, one of them went out to deliver and the other stayed on the farm.
They milk and take the milk from the farm to the village, 7 km away from the dairy. The next morning the two women make the cheese and the next day the cheese is packed, labelled and delivered. They sell it directly and distribute it in shops, supermarkets, bars and restaurants.
All four of them control the whole process. They started selling in the surrounding villages and now they reach a large part of the province.

At the beginning they needed financial help from the bank, because they had to buy a lot of machinery (cameras, refrigerated vehicle, pasteurizer, the tank, etc).
They were granted a subsidy of about 6000 euros through ADSUR (Association for the Rural Development of the Sierra Sur of Jaén). ADSUR together with CADE (Andalusian Center of Entrepreneurship), helped them a lot with all the bureaucracy and the application for loans.
All the partners also received a grant of 3,000 euros from the Diputación de Jaén when they registered as self-employed. The requirements were to be unemployed and to live in a municipality with less than 6,000 inhabitants.

They belong to “Degusta Jaen” since 2015, which is a project of the Provincial Council to promote the products of Jaén. This initiative organizes fairs and events around the province and this served them at the beginning to publicize their products. 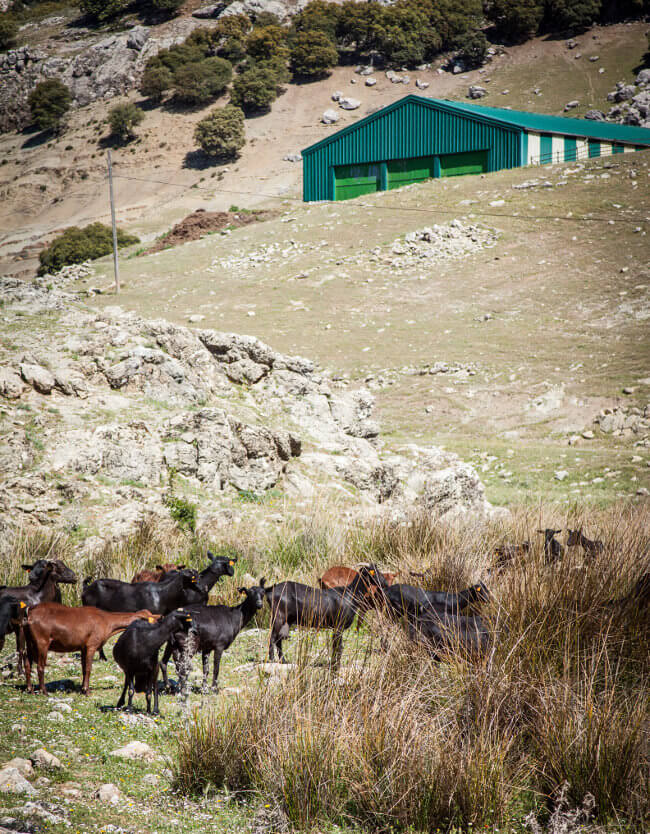 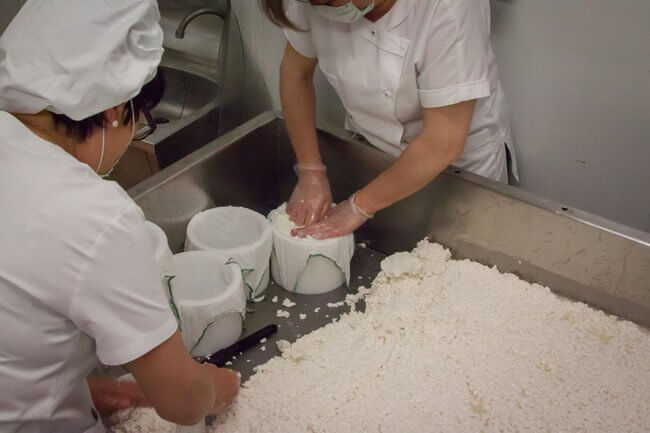 At present, no specific training is required to open a cheese factory and the truth is that it is quite remarkable. It should be mandatory to have specific training through courses, modules or any other methodology. They have always made cheese, but they recognise that they never stop learning, that they have improved and gained experience through practice, on a daily basis.

Juani, Maria’s sister, took the ‘”Artisan Cheese Maker” course in 2008 thanks to an agricultural employment workshop run by her municipality. This course came at a time when they were low in morale and thinking of leaving everything because of the many complications they were encountering. With this course they saw a way out and were encouraged to continue. The problem was that they had to invest more money in their project. The warehouse they had rented needed new machinery to be able to comply with the requirements for obtaining the health registration.
The course that Maria took as a “Specialist in Cheese Making”, (previously called Master Cheese Maker), at IFAPA in Hinojosa del Duque (province of Córdoba) was very useful for them. She did it in 2018. It consisted of 13 modules to be carried out in 10 months. Amongst the modules, we can mention reception and storage of milk, basic operations, marketing of dairy products, business management of a dairy, quality control and risk prevention at work, cheese elaboration, diversification and innovation of cheese production, etc. Each module lasted one week. It was a very comprehensive course.
. 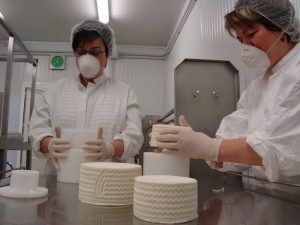 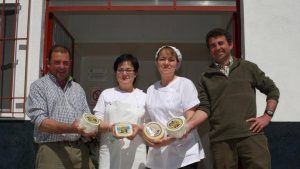 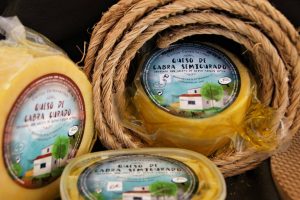 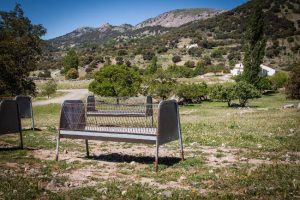 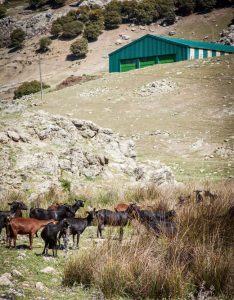 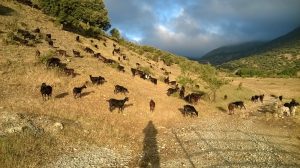 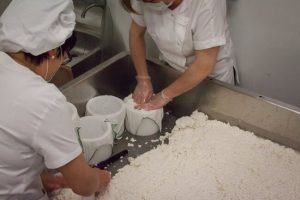 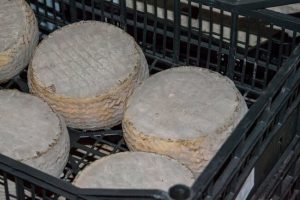 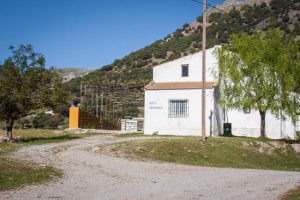